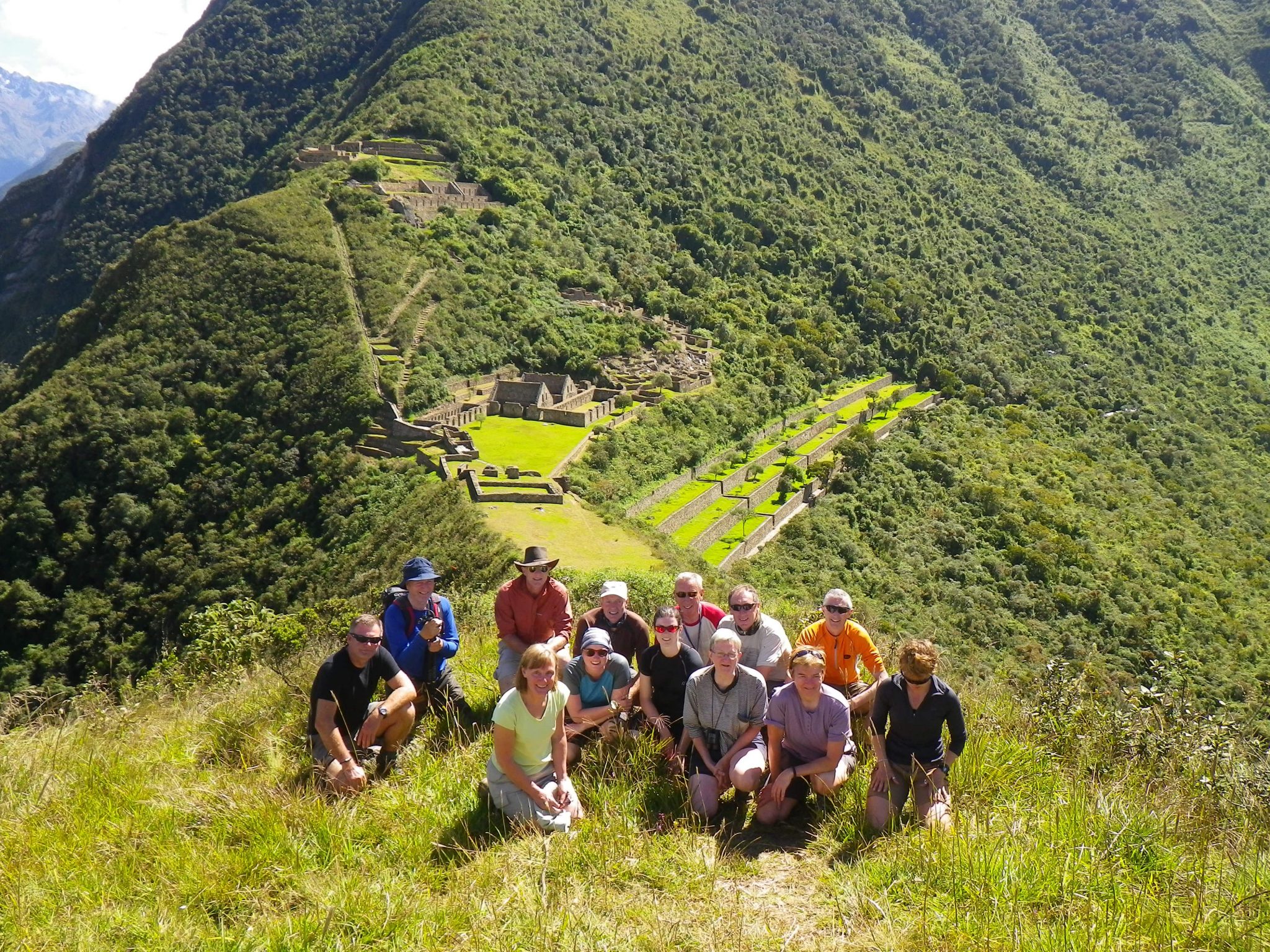 The Choquequirao archeological site can be found in Southern Peru. It is an Incan site that many have likened to Machu Picchu, owing to the architecture which is typical of the Inca buildings found in the highlands. Its structure is also somewhat similar to Machu Picchu- it is perched atop a dramatic mountain landscape and made habitable through a leveled top known as Sunch’u Pata.

The mountaintop that houses the citadel was flattened and supported with stones by the Incas, in a very similar way to that of Machu Picchu. This is typical of Inca Mountain top constructions, and the Choquequirao archeological site sits on a platform of roughly 50 meters by 30 meters.

The name Choquequirao is thought to come from the Quechua language. Quechua was the native language of Peru before the arrival of the Spanish colonizers. It is thought that it is a combination of two words- Chuqi, which means metal, and k’iraw, which means crib, giving the citadel the name ‘metal crib’.

Choquequirao is an archaeological site that is found in the Vilcabamba mountain range in Southern Peru. It is roughly two days’ walk from Cusco and is generally considered to be better preserved, more remote, and bigger than the ruins of Machu Picchu. It is considerably harder to get to than Machu Picchu, which means that it is much less visited.

The abandoned citadel of Choquequirao is hidden deep in the Andes Mountains and is only accessible through a multi-day trek. The shortest amount of time the trek is possible is four days. The four-day trek sees travelers trek down 1,500 meters into the mountain canyon and the very next day, taking on the grueling 1,800-meter ascent to arrive at the archeological site. 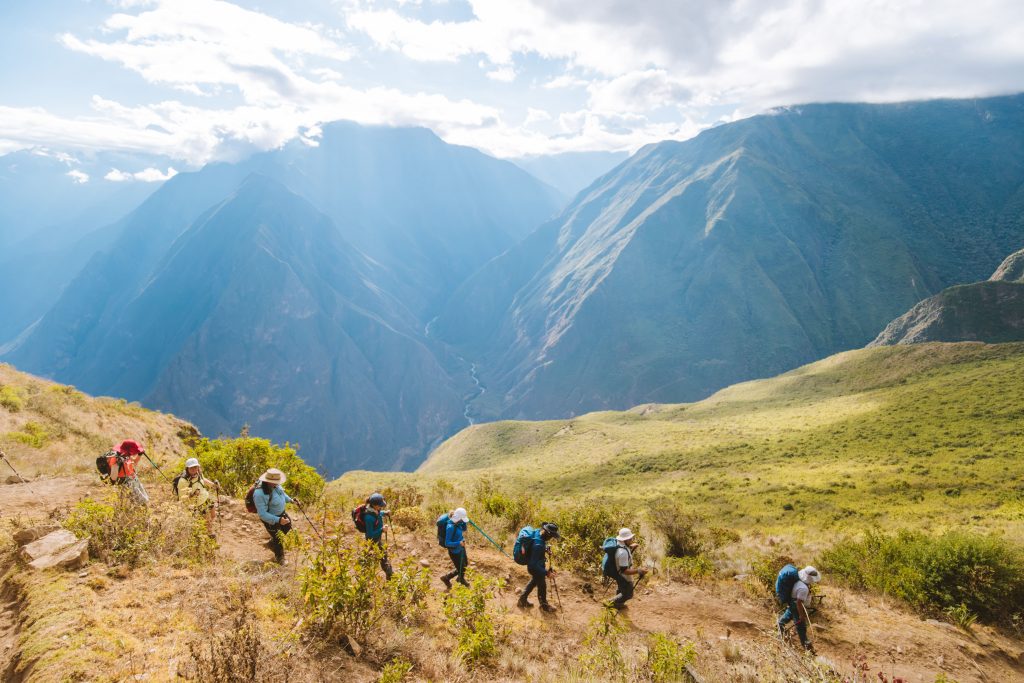 What Was the Choquequirao Culture?

The culture that used Choquequirao was the Incas. It is thought that it was built by Pachacuti and handed down to his son Yupanki after his death. It is also thought that it was one of the final places of refuge for the last Inca King from the Spanish, and where he tried to rally a rebellion to overthrow the Spanish rulers of the time.

Scholars on the subject believe that Choquequirao was originally an entrance to the lost city of Vilcabamba, as well as an administrative point. It also has some key ritual sites, designed to worship Inti, the god of the sun.

After the Incas were overthrown by the Spanish invaders, Choquequirao lay forgotten. It was visited by several explorers but not properly excavated until Hiram Bingham discovered the site in 1909.

The History of Choquequirao Archeological Park & Who Discovered it

The discovery of the site is contested slightly. There have been written references to the citadel throughout modern history, the earliest of which was in 1768 by a Spanish-Peruvian historian, Francisco Antonio Cosme Bueno, who specialized in the viceroyalty of Peru. There have been reports that the site has been visited by non-Inca persons from as early as 1710, when Juan Arias Diaz, a Spanish explorer, supposedly visited the site.

Both of these explorations went largely ignored, however. It was only after JJ Nuñez convinced the well-known explorer, Hiram Bingham to visit the site that it was actually noted. He originally thought that it could have been Vilcabamba. Vilcabamba was a city for Inca royalty, and the final hiding place and area of resistance of the Incas. 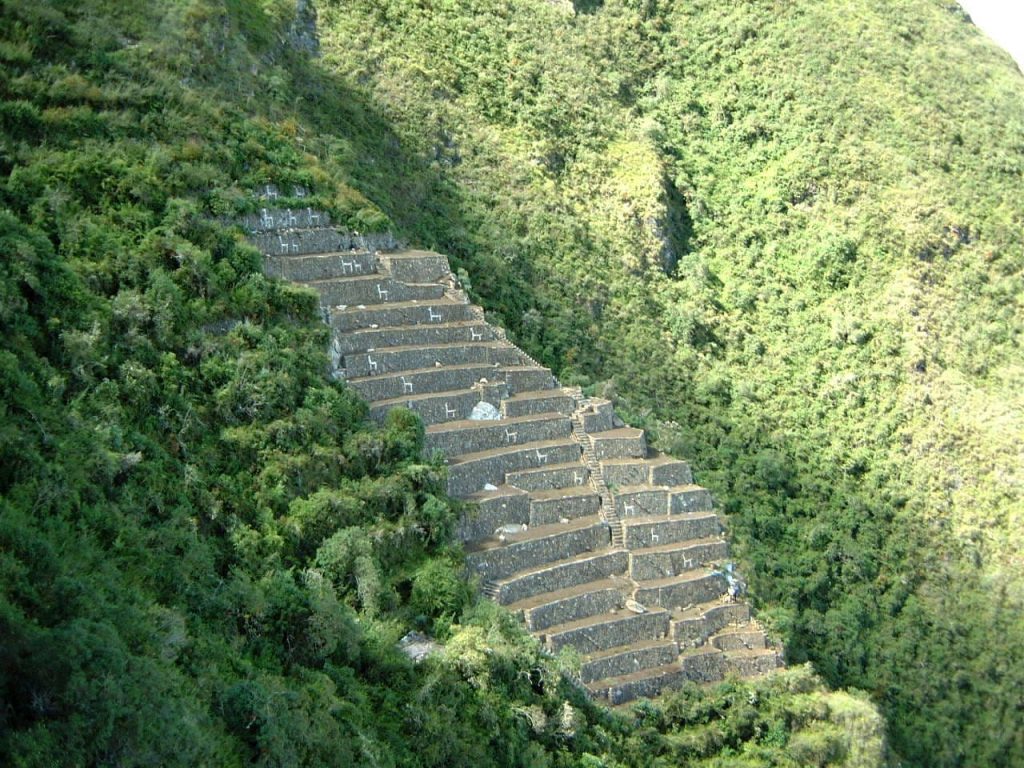 However, he eventually concluded that the ruins of Choquequirao are no more than a fortress (albeit an exceptionally well-preserved fortress). This naturally left him to continue searching, and two years later in 1911, he found Machu Picchu.

An impressive 64km long trek, Choquequirao is a 4, 5, or 6-day long hike that starts around 2900 meters in altitude and reaches a peak of 3050 meters at the ruins. While this may seem like it is not a hugely challenging ascent, looks can be deceiving. The Choquequirao trail guides its challengers into the depths of a mountain canyon, descending 1,500 meters over two days (if you choose the four-day route) and a grueling 1,800-meter ascent over the next few days.

As you may imagine, this route is somewhat challenging- meaning that few people try it and the ruins remain undisturbed and relaxed. While the trek can be done in four days, the four-day route means that there is little time to explore the ruins before turning around and heading back the way that you came. The five-day route is slightly more forgiving, allowing for a day to explore the ruins before turning back on your heel.

The six-day Choquequirao Trek sees an even more relaxed approach. While there is still the aggressive ascent and descent to look forward to, you can take your time a little more to acclimatize and enjoy the views along the way. 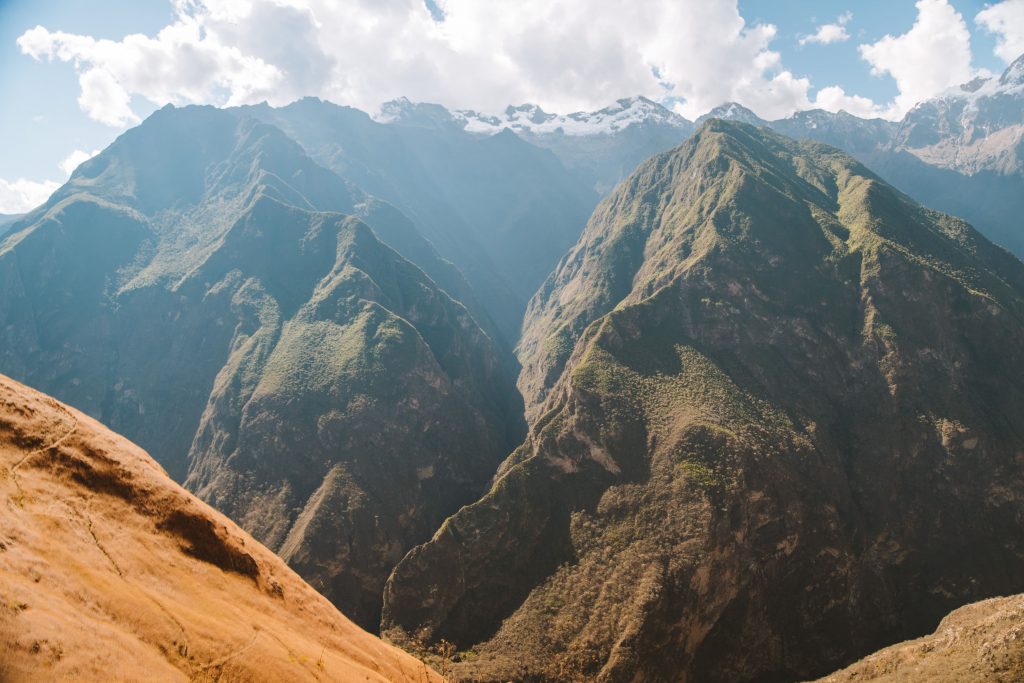 There was talk several years ago about implementing a cable car to Choquequirao. These plans are devised in order to provide better access to the ruins and allow more people to visit each year. These plans are set to cost upwards of $54 million USD and cut the journey time down from 4 days to 15 minutes in each direction.

The cable car to Choquequirao will allow up to 400 people per hour to visit the ruins. Unsurprisingly, this will completely change everything that makes these ruins appealing to people who choose to visit here instead of Machu Picchu.

The cable car will run from Kiuñalla village to the ruins. This is not the village where the trek departs from.

Opinion of the cable car to Choquequirao varies. Those who are for it talk about the elevation of stress from over-tourism at Machu Picchu, and how it will promote tourism across Cusco and help to provide money for different areas of Peru.

Those who are against it speak of over-tourism, of unnecessary strains on the villages close by. It will also destroy a destination whose very appeal is that it takes time and effort to visit and promote over-tourism in a place that is simply not equipped to handle it. Check out the video below to find out what the muleteers that make their living from the trek have to say about it:

While the debate rages on, the plans for the cable car have been driven to a halt in the wake of the COVID crisis. The cable car was first proposed in 2013 and there are few to no concrete plans in place for the beginning of this project.

Do You Need to Buy a Tour to Do the Choquequirao Trek?

You can do the Choquequirao trek by yourself- it is possible. However, the logistics of organizing the tour can be complicated. You will need to source muleteers and carry all of your own equipment and resources like food and water.

It is also a reasonably difficult trek and requires a high level of fitness to complete, and the changes in altitude can be disorienting for travelers. You also will not have a guide when you arrive in the ruins of Choquequirao, or transport to and from the starting village of Cachora.

In conclusion, it is possible to do the Choquequirao trek without a tour, but it’s not exactly advisable. Your experience will likely be much more stressful and less informative than it could have been.

Remember to bear in mind that your pack will be considerably heavier and you will need to negotiate with locals whose first language is Quechua. You will also need to be honest with your own evaluation about whether you have the physical fitness and ability to complete the trek. There’s no emergency evacuation if you choose to go it alone.

We recommend choosing a 5 or 6-day tour over the 4 days. This will give you more time to climb up and down the harsh canyon and will give you an entire day to explore the ruins of Choquequirao. If you’re willing to spend four days hiking to get there, it’s worth spending the extra day to properly explore and appreciate the ruins. 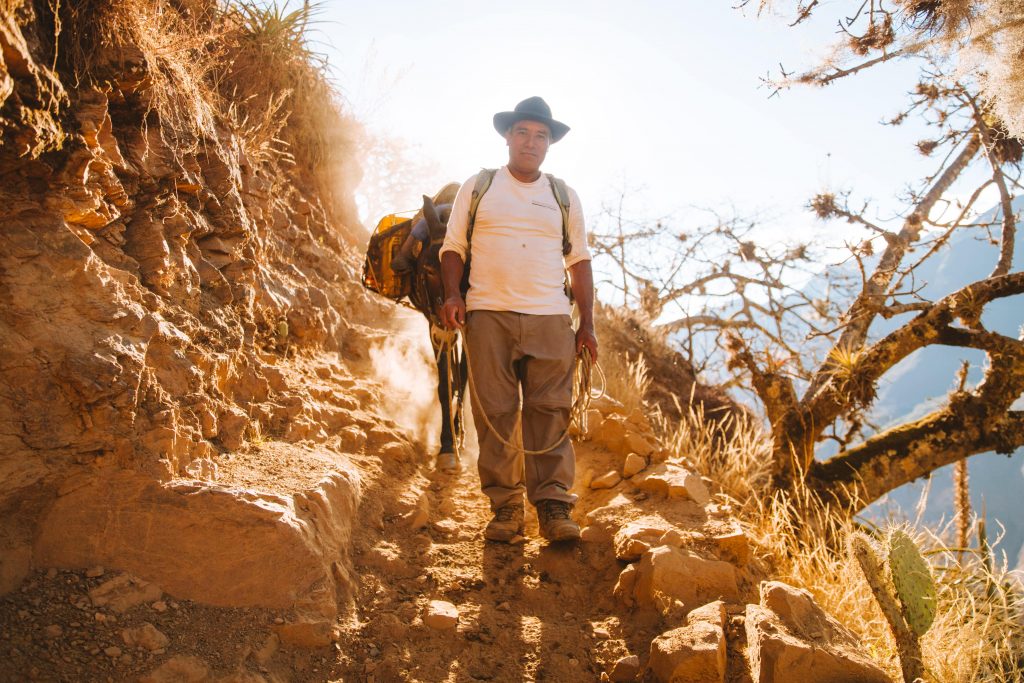 If you want to hike to Choquequirao and to Machu Picchu, there is a trek that hikes from one to the other. It’s also a pretty good option to escape the crowds of a traditional Machu Picchu trek, and a nice way to avoid just walking back down and up the canyon the way that you came.

What is the Choquequirao Entrance Fee?

There is an entrance fee to Choquequirao, as with many of the different destinations in Peru. The entrance fee is 60 soles, or $18 USD. Have the money to pay for your entrance in soles. If you are doing an organized tour, it is likely that this price will be included.

How do I get to Choquequirao?

The Choquequirao trail starts from the pueblito of Cachora. To get to Cachora from Cusco, you must either rent a car and drive, take a taxi, or take a bus to the town of Abancay and then take a taxi for the final 60km (around an hour and a half drive).

Again, if you are traveling with a tour your transport should be organized for you, including pick up and drop off in your Cusco hotel.

Once you are in Cachora, ask a local where you will be able to find the trailhead and start hiking. 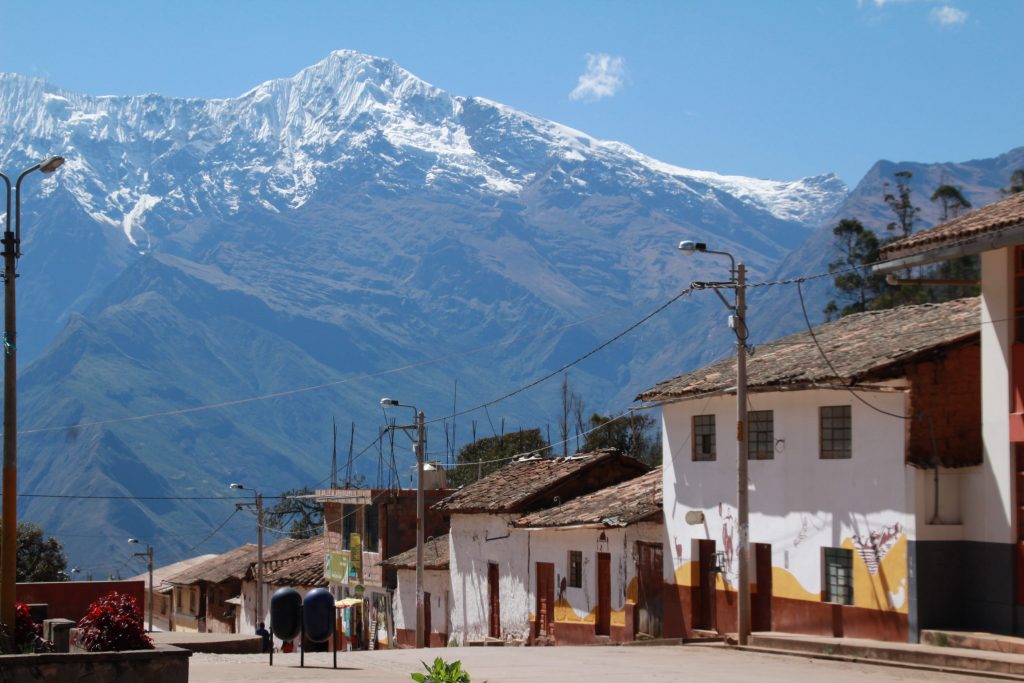 Is Choquequirao Worth it?

In short, yes. Choquequirao offers some of the most incredible, undisturbed ruins in all of Peru. The views of the surrounding areas are unparalleled, and the hard work to get there is completely worth it.

With so few visitors coming to the site, it’s the perfect place for travelers to really escape the crowds and experience the real Peru- hundreds of miles away from the crowds of Machu Picchu.