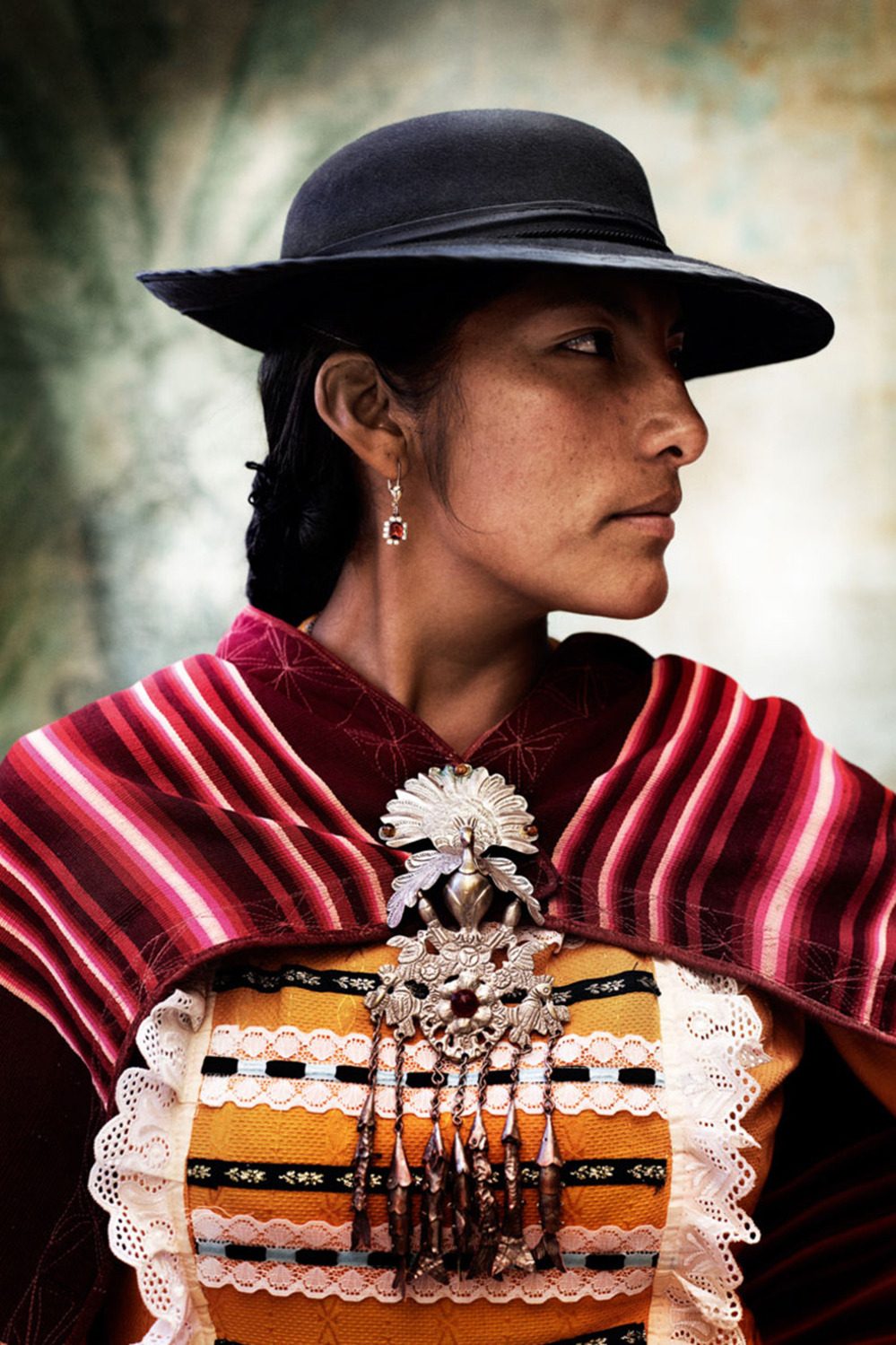 This is part two of a three-part series of ways to experience Peru when you cannot be here. Part two is all about the sights of Peru. You can read part one here.

Alta Moda, or High Fashion, is a photo project by Mario Testino. Originally from Lima, he made his name with photos that depicted a fantasy world of high fashion, an unattainable glamour that we mortals could never hope to achieve. Perhaps his most famous photoshoot was that of Princess Diana, the last before her death. This was the inverse of his fashion shoots- he made royalty human.

In 2012 Testino set up the Museo Mario Testino (MATE) in Barranco, Lima. He wanted to take Peruvian artists and culture to the world and bring international art to Peru. MATE displays an evolving selection of Testino’s work and other people’s work. It is here I found some of the most powerful images of Peru.

Alta Moda is a series of photographs Testino took between 2007 and 2012 depicting the traditional clothing of Cusco. If you hike the Lares trek or are in Cusco at the time of a festival, you can see many people wearing similar clothing. Each area has a particular style. However, most people would never have considered this clothing glamorous. Until Testino came along. Not recently at least.

Once upon a time, this clothing would have been considered glamorous. When the conquistadors arrived, hungry for gold, the Inca did not gift them gold, but textiles, which the ancient civilizations of Peru considered more valuable than gold.

After the conquest, local culture became devalued in the eyes of many. To be seen dressed in traditional clothing, or speaking traditional languages was to be seen as a peasant, an uneducated farmer, someone who could never hope to attain the dizzy height of city dwellers who took their fashion lead from Europe.

Generations of children grew up having their language and culture squeezed out of them. Sometimes literally, sometimes by educational policies, sometimes by well-intentioned parents who wanted a “better life” for their children.

In the last decade or so there have been advances. Movements have sprung up to restore people’s pride in their culture: in Cusco, all schools are obliged to teach Quechua; the traditional skirts called polleras reached international markets thanks to fellow B-Corps

Las Polleras de Agus, and Quechua language films such as Retablo, won international prizes. There is a long way to go until equality is reached and the traditional is seen as beautiful by all, but Testino’s photos help.

The pieces of clothing in the photos are handmade. In their threads and ornament, they carry language and history. Full of symbology, they tell the informed observer exactly who the woman that wears it is.

You can see the photos here, or watch Testino explain how he made them here.