7 Reasons to Hike the Salkantay Trek 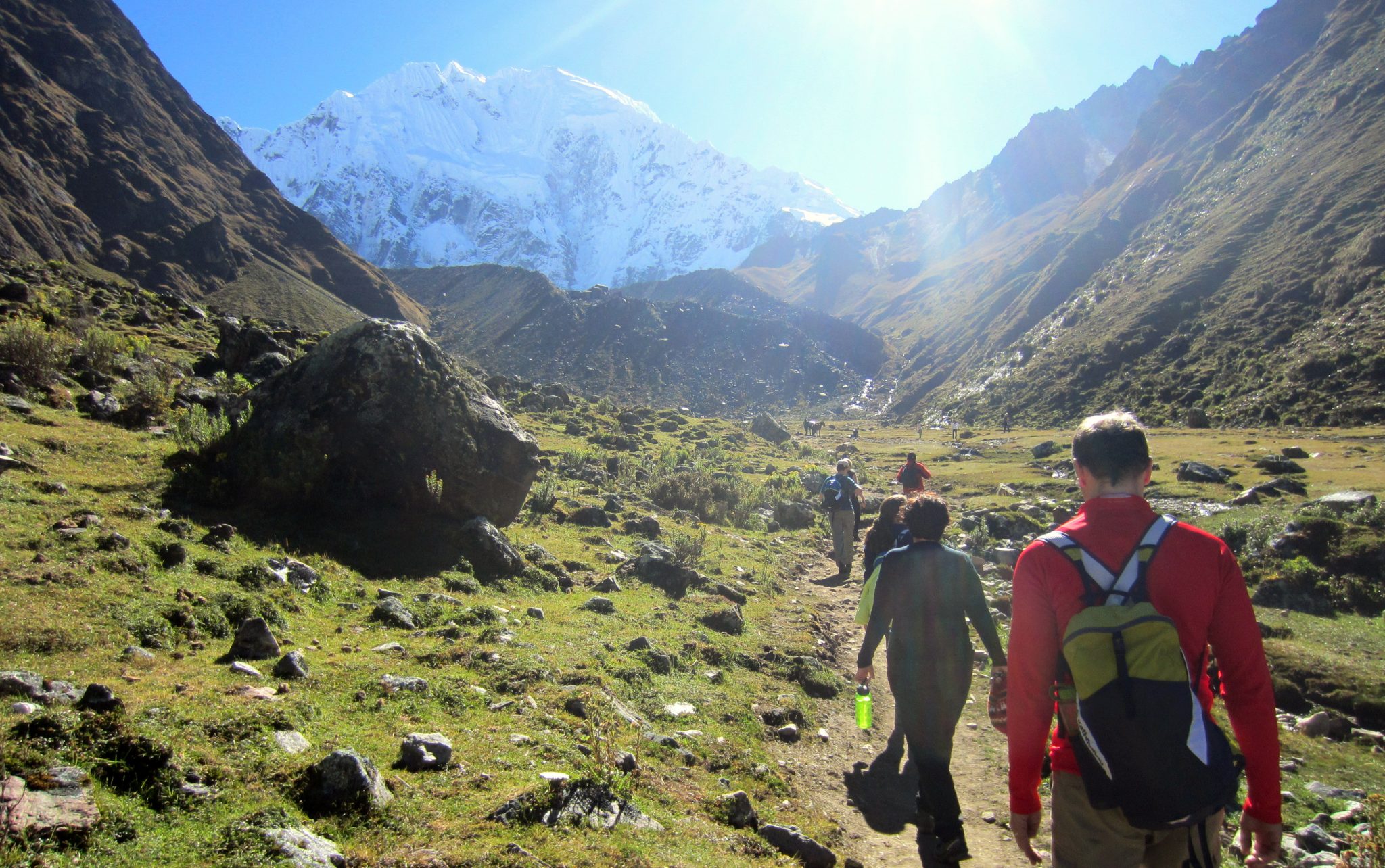 The Salkantay Trek is a good alternative trek to our 5 Day Inca Trail Trek to Machu Picchu.  It is useful when Inca Trail permits are sold out. It takes the same amount of time- five days, four days of trekking with one day touring Machu Picchu. You camp for three nights and spend one night in a comfortable hotel in Machu Picchu town.

We also offer a nine-day Ultimate Salkantay trek, which provides you with some wonderful acclimatization hikes as well as transfers in and out and hotels for the extra nights in Cusco.

Here are seven reasons to hike the Salkantay trek:

In reality, we rarely walk quite all the way.  Very few people ever do. I walked all the way last week, and it is tough! To do so would make the trek much tougher than the Inca Trail and we want it to be an equal alternative. But what we offer is a far more continuous journey than other alternatives such as Lares.

We take the train from Hidroelectrica to Machu Picchu town on the afternoon of Day 4 rather than walk alongside the rail track. Clients will be pretty tired by this point, so it works well.  And next morning we take the bus from Machu Picchu town up to the ruins and back (the alternative is a steep dusty track that crisscrosses the road the Machu Picchu buses drive).

Many rave about the variety of ecosystems on the Inca Trail. The Salkantay Trek offers even more.

Starting on the relatively dry side of the mountains, you visit the glacial lakes of Humantay, camp beneath the gleaming snows of Salkantay, before climbing over glacial moraine to the high pass at 4600m/ 15000ft. Then you descend through beautiful high mountain scenery to reach warmer, greener climes and the hot, humid “Ceja de selva”, or high jungle.  Here you walk through plantations of coffee, granadilla, bananas, and avocados eventually reaching the lowest point of the trek at  Hidroelectrica, 1870m/6135ft

We use horses to carry gear and always take at least one emergency horse. So if you are struggling to get over the pass you could jump on the horse and get up and over very quickly.

Should the need arise, we can also get a vehicle in to evacuate along almost all the route, bar D2, but with the help of the horse, we could soon get you to an accessible place.

Underfoot the going is a lot easier than the Inca Trail because there are no steps, it is also less steep. So people should be better able to cope in the first place.

On Day 4 you climb to the Inca ruins of Llactapata. While it is certainly more popular than before, relatively few groups have ever seen the ruins of Llactapata. Perched atop a small hill they were only rediscovered by British explorer Hugh Thomson and the American archaeologist Gary Ziegler in 2003. It was Hiram Bingham of Machu Picchu fame who first discovered them in 1912, but his map was so bad it took over 90 years for them to be found again. Hugh actually wrote a book about it, “ The White Rock” which is a great read.

The INC ( Instituto Nacional de Cultura) as per usual have rebuilt some of these “ ruins”. But if you look around the back you will see plenty more hidden amongst the thick vegetation in a still unrestored state. It adds to the romance if you can still see ruins lost to the jungle, rather than perfectly reconstructed buildings everywhere.

Salkantay mountain is all that a mountain should be, a fierce towering pyramid The night sky is stunning, you can watch shooting stars fall to earth, and pick out Andean constellations such as the llama, the frog, the southern cross, as well as more traditional western ones.  Condors soar above your head up to the pass, then a day later the air is filled with the screech of parakeets. And you get to meet some fantastic local people such as Fredy at whose coffee plantation we camp on Day 3. His hilarious coffee demonstration and the warm welcome is worth the journey alone.